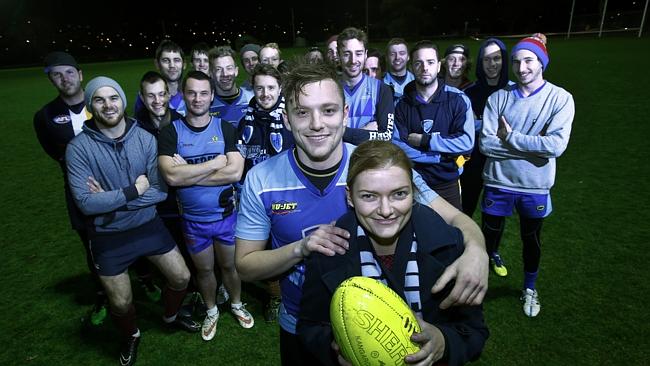 On Saturday 8th August we fundraised for the GI Cancer Institute in honour of Kase Miller’s dad Mick Miller who lost a short battle with cancer in February.  Together SFL Clubs raised over $10,000 through:

The event also promoted early detection and treatment options for a range of GI Cancers with information at the grounds and through media.

The event gained good media coverage throughout the week with appearances on ABC Radio National, HOFM, Ultra 106.5 and Heart FM as well as in The Mercury – although we understand the complaint Kase lodged about unfair hair placement in the photo published is still being investigated…

A huge congratulations to everyone involved for pulling it together!